Buildings account for thirty-eight percent of the CO2 emissions in the U.S., according to the U.S. Green Building Council, and demand for carbon neutral and/or zero footprint buildings is at an all-time high. Now there is a new building material that is not just carbon neutral, but is actually carbon negative. Developed by U.K.-based Lhoist Group, Tradical® Hemcrete® is a concrete substitute made from hemp, lime and water. What makes it carbon negative? There is more CO2 locked-up in the process of growing and harvesting of the hemp than is released in the production of the lime binder. Of course the equation is more complicated than that, but Hemcrete® is still an amazing new technology that could change the building industry. Good looking, environmentally friendly and 100% recyclable, Hemcrete® is as versatile as it is sustainable. It can be used in a mind-boggling array of applications from roof insulation to wall construction to flooring. It is seven times stronger than concrete, weighs half as much, and is less prone to cracking. Hemcrete® is also waterproof, fireproof, insulates well, does not rot and is completely recyclable. In fact, the manufacturers say that demolished Hemcrete® walls can actually be used as fertilizer!

Available for years in the U.K., Hemcrete® is only now finding its way into North America. The species of hemp used to manufacture Hemcrete® is illegal to grow in the U.S., making Hemcrete® an expensive option for U.S. builders for now. As pressure for more sustainable building materials grows, lawmakers are certain to revisit this and other similarly restrictive statutes, particularly if there is money to be made. And judging from the success of Hemcrete® in Europe and elsewhere, there is plenty to be made; it is so profitable overseas that Hemp Technologies, one of the biggest manufacturers of hemp products in the UK, is actively recruiting as many new growers as it can. 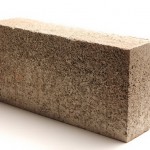 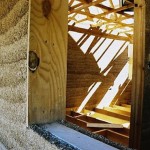 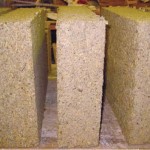 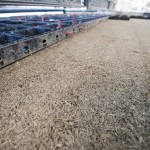 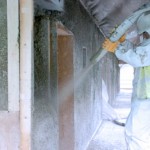