You are here: Home / Architecture / Houses / The 10 Best World Records About Houses

A house is the most expensive purchase most of us will ever make in our lifetimes. They are our homes, our castles and our sanctuaries. Generally a measure of success, they regularly form the topic of conversations. These days we have programmes dedicated to them. Some have even set their own world records and below we take a look at some of the best in their full glory. 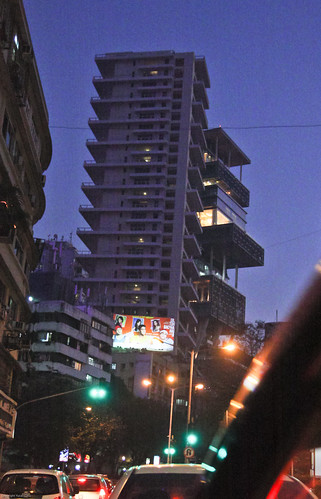 This title belongs to Anitllia which is a $1 billion property just completed by the richest man in India. The building is a 40,000 sq ft, 27 storey structure which the owner Mukesh Ambanin hopes will be the Taj Mahal of the 21st century. An example surely proving that money can’t buy taste. 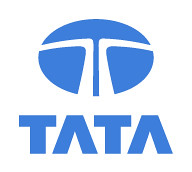 We stay in India as the country also has the coveted title of ‘cheapest house’ in the world. More specifically, the Tata Group have created a flat pack home which costs just $720 dollars and takes just one week to erect. The company says that the coconut fibre walls are expected to last 20 years.

Yes there is a record for the fastest house ever built. This was a record first set in Nashville in 1990 by building a house in 6 hours for Habitat for Humanity. This record was broken various times since then and now is held by an Alabama affiliate who managed to not only break the record but absolutely destroy it. They managed to build a house in 3 hours and 26 minutes!

This title belongs to the Cube which is a house measuring 10ft x 10ft x 10ft. It comes complete with a lounge, shower, sink, bed for one and a TV. It even has solar panels on the roof which makes it also one of the greenest houses. The cost is a miniscule 1499 Euros.

The largest dwelling in the world belongs to the British Royal family. Windsor Castle is located in Berkshire and has been a Royal residence for over 950 years after the site for it was picked by William the Conqueror. Having 1000 rooms and covering over 13 acres, it is hard to miss. 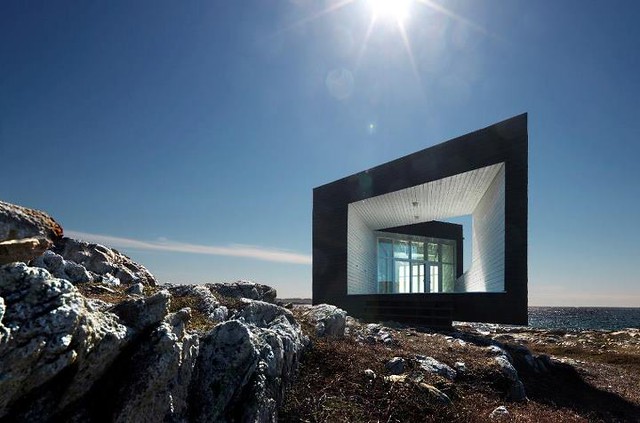 This rather weird looking example is actually the most remote house in the world. Located in Newfoundland, Canada, it’s perched on some rather inhospitable rocks with merely fresh air for company.

In December 2011, David and Janine Richards broke the Guinness World Record for the most Christmas Tree Lights on their home. The Canberra couple have over 330,000 lights in total on display.

See them for yourself

An apartment block is going to be tall by its very nature but the Princess Tower in Dubai is the tallest of them all. At a height of 1,358 ft and with 101 floors, it dwarfs the previous holder by over 60ft.

It’s not all about bricks and mortar. With that in mind, it should be noted that the largest igloo in the world, (named Bigloo), measured 27ft wide and 17 ft high and was built by Paul Eckert of Wisconsin and a few of his friends. It took 75 days to complete and beat the previous record which was just under 26 ft in diameter and 13ft 8 inches in height.

Check it out for yourself 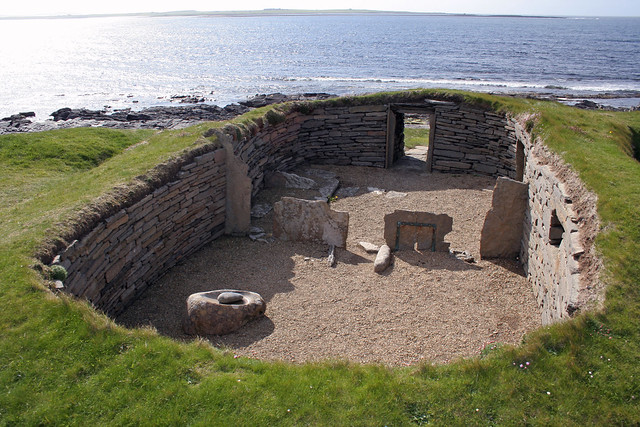 We couldn’t complete this list without a mention of the oldest house. This would be the ‘Knap of Howar’ in Scotland. It actually dates back to an incredible 3700 BC. There are older buildings in the world, but this is the oldest house.

This article was contributed by the home insurance service, Policy Expert, who specialize in offering impartial advice and guidance for UK homeowners. Whatever your household needs, you can find help with landlord, buildings or contents insurance from Policy Expert.